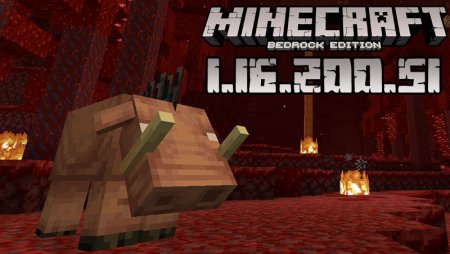 Game Minecraft PE
The Mojang team is very punctual lately. Every week they release new game updates and each of them make our gaming experience better and better. Today we will learn about Minecraft PE 1.16.200.51, a beta bringing fifteen fixes, most of them done in relation to the problems affecting the gameplay and the accessibility features.

In this update, the developers had to deal with the following problems:

The above-mentioned issues are pretty serious, but the MCPE developers succeeded to resolve them all. In addition, they slightly modified the in-game text contrast.
Before downloading this update, please read the following rules:

Now, if you are ready, click on the button below the video trailer to download the described-above update, share the article with all your friends, and leave feedback.
Follow our website and you will always be the first to find out about the newest game versions and about the best texture packs, maps and other MCPE novelties. Have a great time!