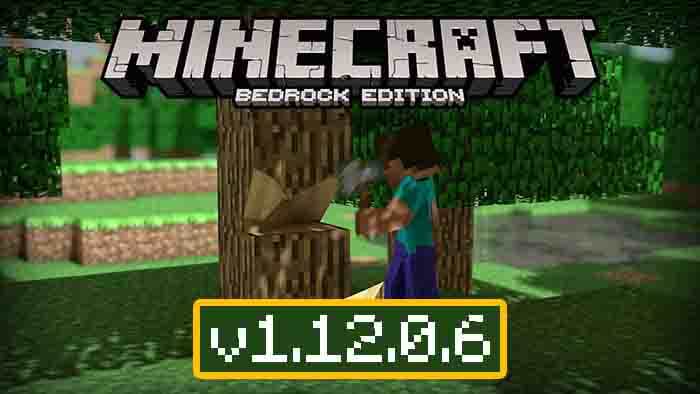 The last two versions of Minecraft 1.12 (1.12.0.4 and 1.12.0.6) are full of changes. In this update, Minecraft Bedrock developers have made a large number of changes. With all the changes of this update, you can read on this page below.

Before you read about all the changes in Minecraft Pocket Edition 1.12.0.6 - watch the video review of MCPE 1.12.0.6, which we found in YouTube.

So, you have studied all the changes of Minecraft Bedrok 1.12.0.6! Did you like these changes? - write your opinion in the comments below on this page!

We want to remind you that you can not only download Minecraft 1.12.0.6 on our website, but also other additions to the game Minecraft.

If you need modifications for Minecraft, then go to the add-ons section! We also have a textures section for Minecraft, which improve the graphics of the game. There are different thematic maps in the map split: parkour maps, puzzle maps, labyrinth maps and others.