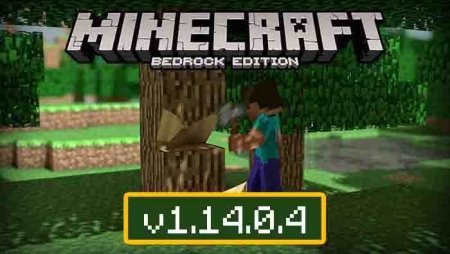 Game Minecraft PE
Minecraft Pocket Editon 1.14.0.14 — update with very interesting changes. After the release of Minecraft 1.13.0.34, the Mojang developers released Minecraft 1.14.0.4 on Android. In this update, interesting features were added, as well as bugs were fixed.

If you are taking part in the beta testing of Minecraft 1.14, then you definitely need to download the update Minecraft Bedrock 1.14.0.4 to your Android device.

We want to remind you that on our website you can download add-ons, textures, maps, skins and seeds for the mobile version of Minecraft. There are cool add-ons for Minecraft 1.14 and more on this website.