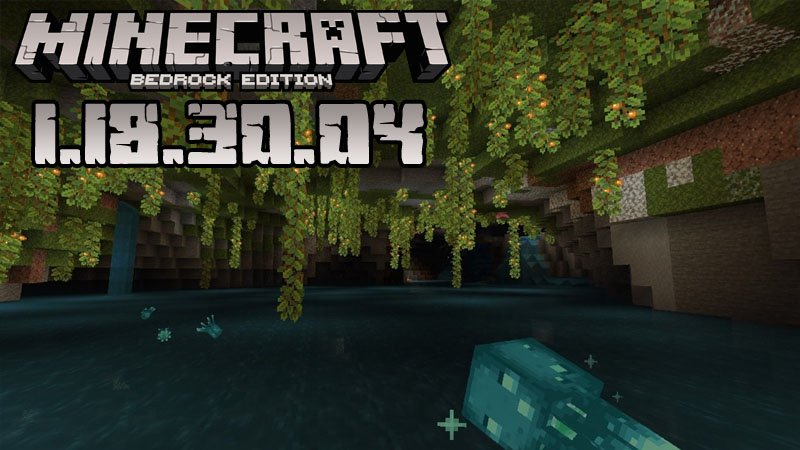 Game Minecraft PE
You have probably noticed that the Mojang developers already started releasing Wild Update betas two weeks ago (See article about Minecraft PE 1.19.0.20), but this does not mean that they have forgotten about the previous big update, that is the Caves and Cliffs. This week they gathered all the fixes, updates, vanilla changes, and more from the latest 1.18 betas and released Minecraft PE 1.18.30 full version.

Because there are dozens and dozens of changes and fixes, and we don’t want to take much of your time, we will tell you only about the most noticeable ones. These are:

The video below this article contains more detailed information about this release, so if you want to know everything about it before hitting the download button, watch it.
Because the update contains so many features, we could talk about it for hours, so we would really appreciate it if you could leave feedback letting us know what you think about it.
If you have friends that are as passionate as you are about Minecraft Bedrock, share this article with them so they can try it too.
The game developers release new game versions on a regular basis, so if you want to be up to date with all of them, the best way to do this is to follow our website. This will also allow you to check dozens of cool maps, mods, and other surprises free of charge. Have a good time!